Victor Gielisse is a partner with CIA Consulting Services Group which can help resolve a myriad of operational issues and propose creative and innovative solutions to meet the needs of your organization. Our many years of experience and knowledge allow us to effectively troubleshoot problems and “fast track” results to achieve successful business outcomes. Over the past two decades Chef Gielisse played a significant role in the growth and evolution of the CIA, helping to shape the world-class education programs and, by extension, the future of the students and the industry.  He served as Dean of the Culinary, Baking, and Pastry Studies Program, overseeing faculty, curriculum, and education for all related courses in the college’s bachelor and associate degree programs. He also served as Associate Vice President and Managing Director of the CIA Consulting Group, and then moved on to the position of Vice President of Advancement, in which he lead the CIA’s most successful Capital Campaign in history—raising more than a hundred million dollars to fund projects such as the new Student Commons, The Egg, and the Marriott Pavilion. In doing so, he expertly stewarded the CIA’s relationships with the foodservice industry and other external constituencies. Chef Gielisse is one of 70 Certified Master Chefs (C.M.C.) in the United States, earning the Crystal Chef Award for the highest score in the C.M.C. examination. He holds a Bachelor of Science Degree, a master’s in business administration and a Doctorate in Business Administration (D.B.A.) from The School of Administration and Management of California Coast University. He is also a Certified Hospitality Educator (C.H.E.) with a graduate diploma from the Educational Institute of the American Hotel & Lodging Association.

Chef Gielisse was born in the Netherlands, where he also apprenticed. During his career he has worked in Holland, Germany, Switzerland, Southern Africa, and since 1979, in the United States. Prior to joining the CIA administration in 1998, he was the chef/owner of the IVY Award-winning restaurant Actuelle in Dallas, TX and president of the consulting firm CFT/Culinary Fast-Trac and Associates Inc. Chef Gielisse served as the Chairman of the American Culinary Federation (ACF) Culinary Competition Committee. He is a coach and advisor to ACF Culinary Team USA; and was a judge of the 2004 and 2008 I.K.A. Culinary Olympics in Erfurt, Germany, and Culinary World Cup, Luxembourg, 2006 and 2010.

He is the author of several books Cuisine Actuelle and In Good Taste, A Contemporary Approach to Cooking and Modern Batch Cookery, Chef Gielisse was manager of the CIA’s Culinary Team 2000 that won three gold medals and a silver award at Hotelympia 2000 in England, and five silver medals at the I.K.A. Culinary Olympics. He was a member of the 1984 U.S. Culinary Olympic Team and the 1986 U.S. National Team that won the first Culinary World Cup. In 1999, Chef Gielisse was named one of “The 50 New Taste Makers” in the United States’ hospitality industry by Nation’s Restaurant News; and named “Best Seafood Chef in America” by Restaurant and Business Magazine. 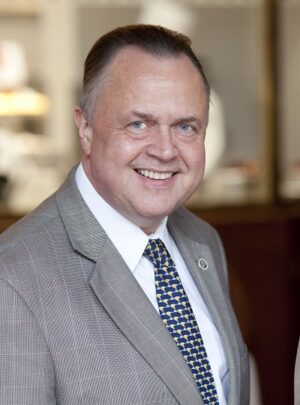