Chef Ken Arnone has over 40 years of industry experience in varied aspects of food service and manufacture.  He has achieved the highest level of certification in his craft, Certified Master Chef one of 73 in the United States. His culinary expertise was honed at the Culinary Institute of America, Cuisine Actuelle, The Salish Lodge and the New York Marriott Marquis as he traversed across the country.  Chef Arnone returned to the CIA in 1999, as a professor he taught numerous classes and took the helm at two of their noted eateries: Caterina de’ Medici and The Apple Pie Bakery Café.

In August of 2012 he released a food and wine pairing book titled “Pairing with The Masters” which he co-authored with Jennifer Simonetti-Bryan Master of Wine.

He has competed in the Culinary Olympics as well as numerous culinary competitions across the globe and earned over 20 medals including several golds and Best in Show. 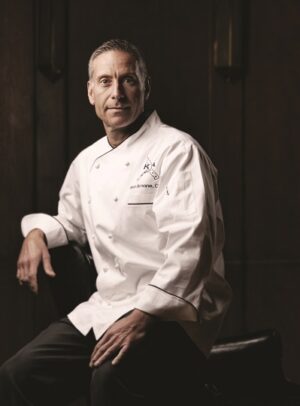